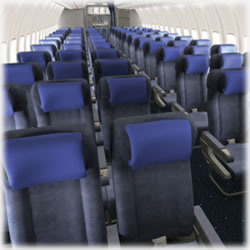 The airlines are at it again. First, news comes that United Airline is now charging $100 for a second checked bag for flights between North America, South America, Europe, India, the Middle East and Africa. This, according to the Chicago Tribune, means a second increase in less than a year. It was raised from $50 to $70 in late 2011 and now, it’s going up another $30. The airline insists this increase is due to increased costs associated with both fuel and handling.

Now, industry experts are saying American Airlines and US Airways are apt to do the same thing in the near future. Currently, American Airlines charges $60 while US Airways’ fees are at $70. In January, Delta Air Lines raised its fee for a second check bag to $100, up from $75 while both Allegiant Air and Spirit charge for carry-on luggage. Spirit has suggested it too will raise the carry-on fee to $100.

It should be noted United’s fee structure isn’t applicable to flights to Canada, Mexico, the Caribbean, or Central America and those fees remain at $35 for a second bag that goes to a domestic destination or to those countries.

So what’s the profit potential? Those same industry experts calculate it at $30 million annually.

As United announces its increased fee structure, American Airlines announced this week it will reduce flights in July. The reduction is partly because of a shortage of pilots due to more calling in sick. Many recall a similar reduction for June – again, due to more pilots calling in sick. Does this mean pilots are trying to cover elective procedures before they face premium increases and co-payments? Union representatives say it is.

Also this week, it’s expected American announce plans to eliminate 1,400 management and support jobs by late summer. The company announced downsizing its senior executive jobs and many of them have already opted to retire.

American Airlines, the nation’s third-largest airline, and its parent company AMR Corp. filed for bankruptcy protection in November after it was revealed it lost more than $10 billion over the previous decade. The company cited high fuel costs and labor concerns as the primary reasons for the bankruptcy.

Looking for a way to offset these higher fees? Check out what your favorite credit card company is doing to help.

This American Express card allows you to earn 20,000 bonus miles with your very first purchase. Add two cards to your account and receive an additional 5,000 bonus miles. There are no mileage limits, they never expire and – the best part, at least considering today’s announcement – your first bag checks free on every Delta flight.

There’s a $150 annual fee associated with this card, but you receive priority boarding along with a 20% in flight savings, making it a fine choice for those who travel often.

This Capital One favorite allows users to earn 1.25 miles for every purchase made with their credit card – no exclusions. Also, once you’ve spent $1,000 during the first ninety days, you’ll receive a bonus 10,000 miles. That equates to $100 saved on travel expenses!

The VentureOne card also has no annual fees, no foreign transaction fees and there are no blackouts. Fly when you want, where you want. Don’t want to fly to your destination? No problem – you can redeem your points for car rentals, hotel rooms and much more.

Another favorite among consumers, the Delta Reserve AMEX is a co-branded card between American Express and Delta Airlines. This credit card allows travelers to reduce the rising costs associated with travel. With many opportunities to save, it’s little wonder it’s become a favorite among consumers. Easily accumulate miles and then enjoy free or significantly reduced trips just by using your card. Not only that, but this credit card allows members to transfer their points to other card holders. It’s all about convenience and making most of the perks and benefits card holders want.

Other benefits include complimentary online account management, an annual summary of purchases, impressive purchase protection, travel accident insurance and much more. No annual fee wraps up this offer, making it another fine choice for travelers. It even offers balance transfers, provided they’re declared during the application process or within 30 days of membership. The discounted interest rates on these transactions are an ideal incentive for those looking to reduce credit card debt.

While we might not can help the rising costs associated with air travel, we can choose the best credit cards that ease that financial burden. Remember to carefully review terms and conditions to ensure you’re getting exactly what you need.

In the meantime, American Airlines expects to hear from the bankruptcy judge later this month. It will then be able, provided the judge allows it, to break union contracts of thousands of employees.