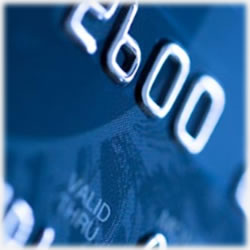 The last thing any of us expected to hear from the government is that it’s concerned Americans are returning to their “pre-recession spending habits”. But wait – isn’t that what everyone’s goal is? Weren’t we all working towards regaining that ground? It depends on your perspective.

Citigroup recently conducted a poll to complement one it did one year ago. In this year-old poll, conducted last February, we learned the recession affected 63% of us enough that we said we’d never view, spend or save money the same way. This most recent poll reveals some of us might have been a bit hasty in our declarations. It appears only about 50% remain adamant in their declarations.

So…what’s the problem? Quite simply, we’re once again not saving anything and we’re relying on our credit cards. This means many of us are putting ourselves into the same vulnerable position we were prior to the recession. Some experts suggest this is because we don’t believe lightening strikes twice. The thought of backsliding into those days when our credit cards remained in the back of our wallets isn’t anything we realistically expect.

For more than two years, the Federal Reserve reported a consistent decline in the use of credit cards in the U.S. Part of it had to do with those who found themselves filing bankruptcy, therefore losing their credit cards and others took their cue from seeing so many struggle and vowed to not let it happen to themselves. Then December rolled around. Suddenly, folks were saying “charge it” far more often. The early numbers for 2011 suggest this trend wasn’t reserved just for the busy holidays. Since December, each month reveals that 26-month decline in credit card spending is no longer the rule.

The Heart of the Problem

Here’s the problem, at least according to some experts: while the economy flourishes when we’re spending and swiping our credit cards, it’s what we’re spending on that’s now become troublesome. Consumers are no longer buying just expensive jewelry or other material things. They’re filling their cars with fuel and they’re making payments on their health insurance.

Not only that, but the general consensus is that many consumers cut back their spending when they needed to, but for only as long as it was necessary. After they’re covering the bills each month, many are catching up after having made those materialistic sacrifices for so long. In short, the recession changed the way we spend and view money, but apparently, it was all temporary.

And then there are the two biggest concerns facing the U.S. going into March: the crisis in Libya and the ongoing insanity that is the healthcare reform. Oil prices continue to hover around $100 per barrel and in early March, one federal judge who ruled President Obama’s healthcare reform was unconstitutional has now rescinded that ruling. All of these uncertainties play into the spending habits for all of us.

It’s in the Details

So what can you do if you are buying fuel for your car with a credit card? You already know how expensive it is but the last thing you want to do is raise the costs further by carrying those charges from month to month. Always use your credit card that has the lowest interest rate and put yourself on a budget that allows you to at least pay that balance in full each month. If you carry a fuel card, pay attention to your limits.

Like the traditional credit cards, you can be hit with whopping fees each month if you go over your limit or you’re late paying. Finally, just because you are carrying plastic doesn’t mean you have to swipe it when you pull in to fuel up. Opt for cash whenever possible. It’s easy to swipe at the pump, especially with our busy lives, but the two minutes it takes to walk to the cashier and hand her cold hard cash can affect how much money and available credit you have at the end of the month.

The national crisis is bad enough, but you do have the power to keep it from becoming your own personal crisis. With a bit of that same discipline used during the worst of the recession, you can easily change both your spending and saving habits.