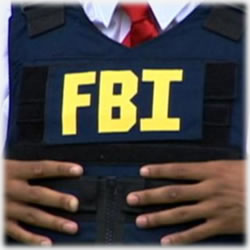 The numbers are disturbing and the summary found in the Department of Justice’s national survey show that identity theft and credit card fraud are rising fast. In fact, cases of credit card theft have increased an alarming 31 percent over the past thirty six months.

Not only that, but the number of households that have been victimized by more than one type of identity theft has increased a whopping 37% in the same timeframe. These numbers are according to the Bureau of Justice Statistics’ National Crime Victimization Survey. These numbers were released in order to remain compliant with a Freedom of Information Act request.

If this is a sign of what the new technology will bring, many are questioning what good it does to even introduce it, much less force it onto consumers. At least one watch group has a game plan, though.

This survey goes on to report almost 4 million, which equates to about half of all victimized households, saw an unauthorized use or attempted use of a credit card of someone within that household. The numbers are from 2007, which is the most current year for which the DOJ has data.

In 2011, when the request was made by Identity Stronghold, it was learned that the DOJ could provide statistics only between the years 2005 and 2007, citing it was the most current and recent data by DOJ. It’s important to note the increase in credit and debit card theft is in direct correlation with the introduction of Radio Frequency Identification (RFID) technology that found its way into “chipped” credit and debit cards in late 2005 and the increased rate of issuance. Predictions now are that any new data collected by the DOJ will reflect that the rate of credit card theft has increased at the same rate as the issuance of these new cards.

The DOJ is behind the power-curve of keeping current data on credit card-related identity theft and financial crimes. Couple this with credit card companies misleading cardholders about the security of their personal identification, and it’s the ‘Wild West’ out there,

It’s believed that within the next decade, close to one billion RFID-enabled credit and debit cards that are vulnerable to these theft tactics will be issued to cardholders. This, says industry experts, will create a “target-rich environment” for identity thieves setting their sights on consumer’s back pockets.

There has been some controversy in recent months as credit card companies have tried to respond to what’s become widespread public concern over electronic pickpocketing. Many may recall in 2011, Nevada’s Attorney General released a consumer advisory that dismissed many of the risks, even as Visa, in a patent document, acknowledged the extent to which RFID enabled cards are left vulnerable to these kinds of crimes.

Augustinowicz stated he understands why the credit card companies are downplaying what he calls are the risks to their products and what they pose to cardholders; but, he’s

baffled by the idea that federal law enforcement agencies can take a more than 30-percent spike in credit card information thefts as their cue to stop collecting data and making current statistics available.

To be sure, there’s still much left to be done for the modern consumer who likes the convenience the technology offers, but who do not wish to be left vulnerable.

For its part, the securities company began training police officers and some state officials on the dynamics of electronic pickpocketing and other RFID related crimes in Ohio. His focus was the capabilities of smartphones. He may expand to other states, though admittedly, it’s a tough order to fill.

For now though, smart phone technology continues to evolve and that leaves many consumers extremely vulnerable and thieves continue to scan and steal private information, including credit card information, banking information and identities. There are many who are now working with law enforcement agencies in an effort to help them better understand both the technology and the psychology of those willing to steal from others. The only thing that’s certain is that it will likely get worse before it gets better.