Don’t Let the Amex and NJ Battle Fool You 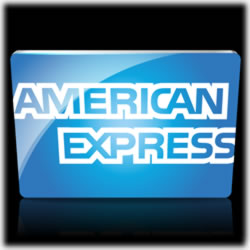 by Evita Page, in: Gift Cards

New Jersey passed a law that’s yet to go into effect; however, it states that it will reclaim all of its residents’ unused gift card balances. At first, it seems as though the state is looking for any way to add to its bottom line, especially considering approximately 6% of all gift card balances go unspent every year in the country. It’s estimated consumers buy approximately $100 billion in gift cards every year in the U.S. That could potentially be a nice addition to the state’s budget. But before you assume the state’s in the wrong, consider the rest of the story.

American Express said it would no longer make AMEX gift cards available to New Jersey retailers because those retailers will be required to collect zip codes as part of that new law.

So – the new law would allow New Jersey to reclaim unused gift card balances (that have been dormant for two years) of its residents and it requires merchants to collect zip codes for consumers buying those gift cards. Sounds crazy? We thought so too. And, of course, the story unfolds even further.

Because American Express sells its gift cards through third-party independent retailers, we are not able to ensure compliance with that part of the law.

This prompted the state’s Treasurer to release his own statement in an effort to “set the record straight” due to growing criticism:

Unlike balances taken as extra ‘profit’ by an issuer, every penny the state holds in unused gift cards can be reclaimed by consumers — forever… and the value of the card is available to the customer — with interest — forever.

So… the state’s in the business of now being the residents’ bank? And they’re going to pay residents interest when they do reclaim their gift cards? And if so, how are they going to determine if the person claiming the gift card was who the card was intended in the first place? After all, buying a gift card is as simple as walking into a retailer, picking a card, paying for it and then from there, no one knows who the gift card is given to.

Who’s to say someone doesn’t buy a bundle of gift cards after “doing the math” and then allowing them to go dormant only to, a decade from now, go to reclaim them because they know the state is earning more interest than the consumer’s bank is paying? For that matter, if what the state says is true, why does it even care? What’s next? The state will begin going around various restaurants and other businesses and collecting unclaimed lost and found boxes? Further, will the state being paying all of the interest those unclaimed balances have earned or will it keep a percentage for itself?

As far as American Express goes, why would it care if a retailer collects zip codes? After all, there’s a very good chance (actually, it’s a very realistic assumption) that a consumer is already shopping in the zip code he resides in. Frankly, there are other bits of information that could justify AMEX raising a ruckus, but one’s zip code is hardly it. Not only that, but the zip codes are being collected on the purchaser, not the recipient.

New Jersey insists many merchants already collect that type of information and anytime we swipe our debit or credit cards, we’re providing the information. The controversy is confusing, at best.

There are entirely too many unanswered questions in this quagmire – and frankly, it’s difficult to understand the motives of either side. Aren’t there real considerations New Jersey’s collective government should be focusing on? And doesn’t American Express have a global conglomerate to tend to?

There has to be other factors; unfortunately, no one seems to be talking. The law was written and passed in 2010; however, it has yet to go into effect. That will soon change, though. It’s slated to kick in within the next few months. Even with all of these questions, it still comes down to one thing: how will consumers respond? AMEX is taking a gamble by pulling its gift cards from retailers while New Jersey, realistically, has nothing at stake.

The only thing anyone knows for sure is there’s more to this than what the state or the credit card company is saying. Ideally, the rest of the story will soon come to light.