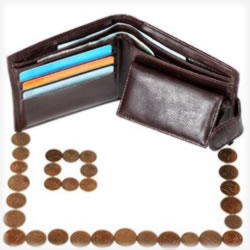 by Beth May, in: Financial Planning

Consumers who’ve gone ten rounds with those involved with the foreclosure reviews are realizing their battles aren’t over. Remember, many of these consumers have already gone through an overwhelming reality of foreclosure reviews, conflicting information and settlements that have hardly lived up to what they were promised to be. Regulators all but dismissed their concerns when they agreed to a blanket compensation agreement that frankly, has become a joke. And things just got worse.

They’re having problems cleaning up their credit reports. The damage is through no fault of their own and yet, the nightmares have just begun. And worse – they’re receiving no assistance from those responsible for the deeply rooted problems. The bureaus as well as the mortgage servicers appear to be providing no guidance or assistance.

Wondering how many of those consumers there are? It’s affecting more than 4 million American borrowers. As part of the Independent Foreclosure Review agreement, the mortgage servicers are not required to do anything to help fix the credit of affected borrowers. Some lenders have stepped up to the plate and done their part but for the most part, borrowers are still struggling to clear their credit files.

The regulators have been unable to accurately determine if the servicers reported incorrect information to the credit bureaus since the efforts were halted and for those with these erroneous blemishes on their credit history, they’re left to dispute the items with the banks and the credit reporting agencies that are showing the errors.

For what it’s worth, though, there’s also nothing in the settlement that prevents these victims from taking further legal action. The thirteen banks involved are hardly moved, though. They include Bank of America, Wells Fargo and Citi – among others. The three bureaus – Equifax, Experian, and TransUnion might be on the hook too. But is it enough?

For far too many, these challenges have become overwhelming and for most, they don’t know where to turn. It’s a massive effort and when there are foreclosures on a credit report, it’s impossible to get competitive interest rates. That could all be fixed in one fell swoop; however, the bureaus aren’t budging, even when they know the errors are not due to the consumer’s irresponsible financial habits. Many of those borrowers are realizing not only are they facing high interest rates, but for too many, they’re not even qualifying for financial products. Some have reported drops of 300 points or more. That’s enough to bring an excellent credit rating down to a poor rating. They’re also learning that until and unless those mistakes are removed, they may be battling this for up to seven years.

Even for those Americans who are responsible and who are making on time payments to other creditors are being told it’s still going to take years to get their reports back up to a level where they’re receiving those lower interest rates. Many are being offered credit cards with APR in the double digits and it’s the first time they’ve ever seen double digits in interest rates. All of this, along with the still-strict credit environment and tougher lending standards means most are against the wall with no way around it. Worse, there’s no light at the end of the tunnel, unless, of course, you can see seven years into the future.

The best advice is the same as anyone else trying to get mistakes removed. Borrowers are strongly encouraged to request copies of their credit reports from all three credit bureaus. Only requesting one report isn’t enough since all three play a role in how the scores are calculated and what their final number looks like. In fact, their purposes are defeated if they address only one or two of the bureaus. Once they have those reports, they can then go about the business of disputing the foreclosures. The one consistent advice: be patient. It will take time, effort and probably at least a few days of frustrating wheel turning.

Also, consumers shouldn’t be required to pay for these reports if it’s the first time in twelve months they’ve requested them from the bureaus. Everyone is entitled to one free credit report a year. All U.S. consumers can get access immediately online with steps provided for disputing any of the entries. That can also be done immediately. There’s only one government website that allows this though and it’s annualcreditreport.com (note that there’s no ‘s’ behind the word ‘report’). Per the FCRA (Fair Credit Reporting Act), both the consumer reporting company and the information provider (in this case the mortgage servicer) are equally, though completely responsible, for correcting inaccurate or incomplete information in your report. To take full advantage of your rights under this law, contact both the credit bureau and the mortgage servicer.

There are laws that protect consumers and for those who found themselves unwilling parties in the mortgage servicing brouhaha, it’s strongly encouraged that they exhaust all of their options in righting the wrong. It shouldn’t come down to having to hire legal representation, but it will require an organized effort. Be sure to keep all of the paperwork associated with the mortgage errors as well as any communication made with the credit bureaus. Memorializing it is key.

Also, be sure to file a complaint with the Consumer Financial Protection Bureau. Its priority is the consumer and in its three short years, it’s already taken on – and won – cases against the nation’s big credit card companies, including American Express and Capital One. It’s managed close to 7,000 credit reporting complaints, too. You can view statistics, including the most common type of credit complaint being incorrect information on a consumer’s credit report and of those complaints, 73 percent of them are due to information that’s not correct. Twelve percent of consumers say the investigations completed by the credit bureaus results in the errors not being removed, even when the proof is provided that they don’t owe the debts.

As mentioned, CFPB has made great strides in these areas. As recently as January, it’s made filing complaints against the bureaus much easier and not only that, but consumers can track the progress the consumer watchdog group is making on their complaints too. This is unheard of until now. If you want to file a complaint with CFPB, visit the website at consumerfinance.gov/complaint. Also, you can file other complaints that you have regarding your credit card company, bank, student loans or payday loans. The agency investigates them and you can keep up with the latest changes in the industry through the website. There’s a host of consumer educational opportunities as well.

Also, consider filing a complaint with the Office of the Comptroller of the Currency (OCC). This agency, along with the Federal Reserve, are the two that are overseeing the foreclosure agreement. You can file your complaint – and are encouraged to do so if you’re still having problems with the mortgage servicer responsible for putting it there in the first place – at appsec.helpwithmybank.gov/olcc_form

Are you one of the 4 million consumers experiencing these problems? Have you been able to get them resolved? Share your story with us. We’d like to know your experience. Visit our Facebook page or leave your comments below.