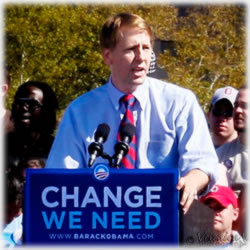 For quite some time, we’ve touted the incredible progress the Consumer Financial Protection Bureau has made in its role as a watchdog agency. Consumers have been empowered as it’s gone through countless complaints, all in an effort of ensuring banks, credit card companies and mortgage companies are in compliance with the various laws. Wall Street hasn’t been thrilled, but that’s almost always a sure sign that consumers are playing on a level field. Now, though, there are big changes that could jeopardize CFPB – if not the agency as a whole, then certainly its director.

You may recall Texas Republican Jeb Hensarling took the new reality especially hard. In fact, he wants CFPB Director Richard Cordray gone. Just days after Cordray was sworn into office in 2010, Hensarling began his campaign. No sooner had Cordray been sworn in than Republicans began raising a ruckus. It’s important to understand that for the most part, the Republicans wanted no part of the 2010 CARD Act. They had folks like bank CEOs who prodded them forwarded. Still, the law stood and Cordray was initially sworn in as a temporary director. The temporary title was due to a lawsuit filed in a federal court. In all fairness, there are some less than ideal inclusions in the law; for the most part, though, it’s a solid dynamic for Americans.

Congress refused to acknowledge Cordray’s role, though it’s not sure why other than typical petty nonsense our country’s leaders are now known for. In April, Hensarling sent Cordray a letter in which he stated,

Absent contrary guidance from the United States Supreme Court, you do not meet the statutory requirements of a validly-serving director of the CFPB, and cannot be recognized as such.

Cordray is arguably been the solid leader one would want overseeing a government agency. Soon, though, he was ordered to appear in front of Congress and deliver a general state of the agency while also answering questions that the lawmakers might present. Hensarling couldn’t help himself and soon, he began his targeted efforts against Cordray, reminding him at one point,

The court’s unanimous ruling makes it clear that there is no legally-appointed director of the CFPB at this time. By law, the committee can receive this testimony only from a director who is appointed in accordance with the Constitution and the Dodd-Frank Act, which created the bureau.

Cordray isn’t facing these battles alone, though. During a hearing earlier this year, Elizabeth Warren, who was at one time considered to be the frontrunner for Cordray’s job, showed her strength at a Senate Banking Committee. The hearing surrounded the oversight of the Dodd-Frank Act. She ripped into the banking regulators on their response to the many instances of Wall Street wrongdoing. And while she wasn’t the one who ultimately was selected, she played a significant role in the defining the consumer protection bureau. She demanded justifications on how they arrived at their decisions.

If they can break the law and drag in billions in profits and then turn around and settle paying out of those profits, then they don’t have much incentive to follow the law. The question I really want to ask is about how tough you are.

If the members believed they’d be able to bypass her, they soon learned just how wrong they were.

During a pregnant pause at one point, and clearly she was effective in her psychological efforts of allowing that pause to hang in the air, Thomas Curry, who oversees many of the nation’s largest banks, finally spoke up.

We do not have to bring people to trial to achieve our supervisory goals.

Warren, never skipping a beat, said that she knew they felt like they didn’t need to bring people to trial, but her question was when was the last time anyone was made to account for suspected wrongdoing. That was followed by yet another awkward silence. Elisse B. Carter, who is an SEC chairperson, blinked next and said,

We truly believe that we have a very vigorous enforcement program,

Can you identify the last time you took the Wall Street banks to trial?

Walter promised to get back to her with the specific information and said “we do litigate.”

Meanwhile, and during all of the back and forth, CFPB has had more than a few accomplishments. In recent months:

Now, there is news about that lawsuit. The Supreme Court has been reviewing an appellate court case that had invalidated several of President Obama’s recess appointments to the National Labor Relations Board. While it doesn’t seem the two cases would have anything in common, they actually do. Because so many of the issues are similar and the arguments are also mirror images of the others, it could fuel Hensarling’s efforts.

In fact, some legal experts are already connecting the two on worrisome levels, “Should the court invalidate the NLRB appointments, the potential impact on the CFPB would be monumental,” said attorneys with Ballard Spahr. “This would call into question the validity of past CFPB actions, particularly any action involving the CFPB’s exercise of authority that was newly created by the Dodd-Frank Act, and the CFPB’s ability to act in the future.”

Despite Congress being unable to do anything without a year’s advance notice and what feels like some kind of secret promise among those members to never find a partisan line to walk, they were able to introduce “The Restoring the Constitutional Balance of Power Act of 2013” rather quickly. For now, though, that draft will have to be pushed to the back burners until the labor suit is settled.

In the meantime, the agency is staying focused on its efforts of putting new mortgage rules in place. Those laws must be ready before the year’s up because they go into effect in January. Citing “points of confusion”, the bureau is recommending more than a few changes that would better streamline the mortgage process for consumers. Also at stake is the way loan originator compensation provisions and lending rules that affect rural consumers. It’s already prepared a proposal and will continue to “tweak the rules” this year for a smoother transition going into the new year.

When we published our mortgage rules, we pledged to be attentive to issues that arose through the implementation process,

Today’s proposal revises and clarifies certain aspects of our rules to ease implementation and to pave the way for more effective consumer protections in the marketplace.

Cordray has taken more than his fair share of hits, especially considering that the many changes and fines have resulted in better credit card agreements, a stronger base for consumers who are often overwhelmed with the intimidating tactics of those banks and card networks and a database that surprisingly worked from the very beginning and continues to serve its purposes. Hopefully, the country’s lawmakers can step outside of their efforts that are self serving and do the right thing for the constituents who elected them into office.