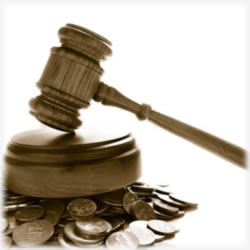 by Beth May, in: Bad Credit, Credit Card News

Remember the scandalous robosigning foreclosure process? It resulted in billions of dollars in lawsuit settlements with the nation’s biggest banks. And now, it looks as though the credit card industry is in the same kind of hot water. The debt collection practices of these companies is being put under the microscope and one civil court judge in Brooklyn says it could be up to 90% of all credit card lawsuits are flawed and specifically, they’re flawed because the credit card companies can’t prove the consumers owe the debt. If true, that’s a huge problem for the industry.

No one is immune, either. It looks as though some of the companies, including American Express, Discover and Citigroup are relying on what some are calling “erroneous documents, incomplete records and generic testimony from witnesses”. And the ones making those statements are the judges who are overseeing the cases around the country.

No Regard for Accuracy

So what else are the judges saying? It’s not good for the credit card networks. Some of the statements include “no regard for accuracy” and no commitment to proper collection efforts before lawsuits are filed. Noach Dear, who’s the civil court in Brooklyn we mentioned sees up to one hundred of these cases a day. His analysis is alarming.

I would say that roughly 90 percent of the credit card lawsuits are flawed and can’t prove the person owes the debt.

In one case, an American Express customer was sued for an unpaid balance of $16,000. The credit card company claims she’s not made a payment in a year. That customer contested the amount owed. She admitted she was behind, however. The judge dismissed the lawsuit in its entirety and said the AMEX representative who testified “gave similar evidence in other cases” in his courtroom and that it was little more than “robo testimony”.

An American Express spokeswoman, Sonya Conway, told the press this week that

we strongly disagree with Judge Dear’s comments and believe that we have a strong process in place to ensure accuracy of testimony and affidavits provided to courts.

There are many judges and lawyers around the nation who say these flaws are occurring more often in these types of credit card suits – and those lawsuits are being tossed out, too. It’s even been reported that some cases are tossed because the customer being sued has definitive proof that he’s paid his credit card balance in full – and for that matter – these customers had no history of ever even paying late. Some instances include wrong balances, illegal fees and interest rates that are just “pulled out of the air”.

The judges say the credit card companies are acting outside the legal confines and are not following proper legal procedures. This often leaves those judges with no choice but to toss the lawsuits out and that means the consumer not only doesn’t have to pay what might have been a legitimate overdue balance, but they’re released from that account forever – with no repercussions to their credit accounts. The credit card companies can’t even make notations on the customer credit report since they’re the ones who actually lost in court.

These cases are increasingly based on mass-produced documents because the lenders do not provide proof of the outstanding debts – which are required per their own contracts. There are also cases where the lawsuits include falsified credit card statements, produced years after borrowers supposedly fell behind on their bills, according to the judges and others in the industry. Peter Holland, an attorney who oversees the Consumer Protection Clinic at the University of Maryland, said,

This is robo-signing redux.

The lawsuits are beginning to overwhelm courts across the nation, too. It’s true that the amount of so-called bad debt has been falling in recent months, there are lenders who are still trying to keep up with the high number of delinquent accounts from one, two or even three years ago. It’s believed there’s $18.7 billion in bad credit card debt.

The government is also investigating many banks and credit card companies. One specific investigation that’s being conducted by the Office of the Comptroller of the Currency includes banking giant JPMorgan Chase. A former employee has come forward and says he can prove that nearly 23,000 delinquent accounts have incorrect balances. Ironically, Linda Almonte, a former assistant vice president at JPMorgan, claimed in a whistle-blower complaint that she had been fired after alerting her managers to flaws in the bank’s records.

This arm of the government is responsible for overseeing the nation’s banking industry and says its investigations aren’t being limited to just JPMorgan Chase. It’s not alone, though. The Federal Trade Commission is also doing its own due diligence and working with courts across the country. Its goal is to better the process for all involved, but a recent investigation by the government agency found big problems in the credit card companies’ records, including incomplete or falsified paperwork being used to justify these lawsuits. Tom Pahl, a director for the FTC has called the documentation incomplete and says much of it is “bare bones”. All the credit card companies deny this and say they simply do not file lawsuits that include flawed or inaccurate documentation. But these same credit card companies have been “caught red handed”, so to speak.

In 2010, Discover sued one of its card members for a debt that totaled more than $7,000. The woman, who lives in Georgia, also said she knew she was behind but she disputed the amount. She insisted she owed only $4,000. She requested documentation and that’s when the problems began. The documents provided were reviewed by the New York Times, which agreed there were inconsistencies, including one statement that was supposedly mailed in 2004, but after examining the advertisements in the statement, prove it couldn’t have been because the ad was from a 2010 campaign.

“I do suspect flaws,” said Harry Walsh, a superior court judge in Ventura, Calif. “But there is little I can do.” For now, courts continue to wade through the growing backlog of credit card companies seeking restitution for their bad credit card debt. The line’s been drawn in the sand, though. It’s clear many judges aren’t tolerating anything less than accuracy, ethics and it’s all on the credit card companies to bring it.