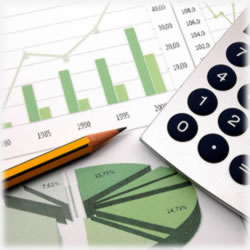 by Jon Dell, in: Financial Planning

We hear about the role of microeconomics and the power they wield, or rather, the power that consumers wield that are tracked via microeconomics. In some ways, it’s as simple as it can be and in other ways, it can be an overwhelming dynamic that makes little sense, mostly because of all the many moving parts. Human nature and psychology both play significant roles, as well. It all comes down to the same thing, though – money, power and the human drive. Here’s a look at how microeconomics affect your wallet, the decisions of credit card companies and banks and how one person can influence more than they ever dreamed possible.

To understand how many small daily decisions can come together to define trends and affect national markets, it’s important to not underestimate even the most insignificant happenings. Credit card companies, banks and even politicians are all willing to pay big money to better understand what drives your decisions. They want to know why you chose Visa over MasterCard, Diet Coke over Diet Pepsi and the more expensive brand when the store brand has been proven to have the same exact ingredients. Welcome to the world of microeconomics.

Microeconomics is the largest sub category in the financial sector. Its sole purpose is to focus exclusively on individuals and their habits, spending patterns and preferences. A household makes a decision, which encourages neighbors and friends in other households to follow suit and eventually, a trend is developed, recognized, researched and then monitored as the decisions begin to affect local economics, regional economics and national economics. It’s really quite fascinating considering how those decisions can be so powerful. Remember – it’s those decisions that determine how a company markets its products, how it determines its pricing strategies and where it sells its products. Credit card companies use microeconomics to better understand why one rewards program isn’t as popular as the next.

These micro decisions also plays a role in the social sciences aspect (think Facebook) and how they affect the trends and behaviors. Have you ever seen a friend like a certain credit card or soft drink or clothing designer and then you immediately clicked the “like” button too? That’s microeconomics at its core. Have you ever retweeted something a politician quoted? Ever used a coupon code that your co-worker emailed you so that you could save 20% on that winter scarf? It’s all based in this dynamic sector. And these scientists are closely monitoring the psychological aspects – behaviors, spending patterns and decision making processes. After all, our motivations are often due to our financial lots.

As unpredictable as human nature is, it’s remarkable any kind of trends can be recognized at any time. Our tastes and spending patterns shift; our taste in the opposite sex might shift, our daughter’s favorite color might change next week and our son’s favorite football player could be determined by who had the winning touchdown last week. All of these little behaviors that go on every single day in every room in our homes, every office at our employer, every conversation around the dinner table on Sunday afternoons when everyone shows up at Aunt Ida’s. Those nuances and conversations affect the economy on a grander scale and this is what retailers and other companies rely on. And those who underestimate the power are the ones left behind.

But how can prices reflect buying patterns? One economist explains that it’s important to understand the more scientific aspects, but that those aspects are moot if we remove the motivations and passions that humans use to drive those aspects.

Here’s an example: Remember last year when Bank of America and other big banks announced they’d be putting in place higher debit card fees? Remember the uproar? It began with your next door neighbor who posted her frustrations on Facebook; soon, you begin seeing other friends chime in with their own frustrations. Next thing you know, we’re hearing about the Occupy Movement and before long, the banks are announcing they won’t be raising fees after all. That news didn’t come fast enough for some consumers as credit unions suddenly became the go to financial institution for millions of American consumers who first said to themselves, ‘Enough already’ and then took that one statement to the PTA meeting or that Facebook post. Soon, a group of consumers banded and next thing you know, the bank CEOs are regretting their hasty decisions – and it was all because they were trying to offset lost revenue the new financial laws cut into.

Another example is found in our recent elections. One poorly worded sentence by one ill-informed politician likely affected the outcome for Republicans in ways they never dreamed possible. The subject? Abortion. It’s a passionate debate in this country and that passion drives those economic considerations to the points that after it was all said and done and after millions were spent on campaigns, the voters essentially left things the way they were – with the exception of those outspoken politicians who’d stepped on too many toes, of course.

There’s uncertainty in every decision, especially when it comes to money and credit Simple questions, simple answers and simple decisions are what determines if a local boutique stays open. One consumer who says the shop owner prices her merchandise too high can have rippling effects on that shop owner and even the community as a whole… From those simple questions consumers ask themselves, including, “Should I hold out to see the dress is discounted tomorrow?” to, “Is it time to abandon the stock market and retire on some reclusive island?”, uncertainty is as much as part of this as the money or goods being considered.

The point is, it’s important to remember every purchase you make, every credit card decision, banking decisions and anything else that seems insignificant in your everyday life is anything but. In fact, your decisions affect far more than you could ever imagine and for far longer than you thought possible.