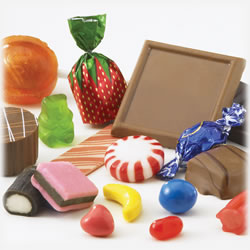 Customers in America have been directly affected by tight regulation on bank lending. They are spending less due to higher product prices from private sector companies, and loans are scarce for the average customer. Financial reform has reduced income from the private sector area of income.

New financial reform means that borrowers have to be presented with a credit score, even if rejection happens. Included in this credit application are auto loans, house mortgages, credit cards for high street stores, and general loans. Sufficient information about borrowers should be collated, especially by mortgage lending companies such as banks, and other financial institutions. This information includes employment status, general credit history, and income.

Banks have become reckless in their attempt to increase lending to anyone. Banks now need to be more aware of customer circumstances, before drawing up lending agreements of any sort. The American government hopes this might iron out creases that were currently made within housing sectors, and real estate. However, less privileged citizens will still receive low interest loans to help protect against reacquisition of properties and buildings.

Retail shoppers will have limits on credit card agreements. A ten-dollar limit will allow purchasers not to exceed these minimum requirements to meet minimum charge amounts by lenders.

Investors will benefit from governing bodies that will regulate financial advising institutions. Financial institutions will be assessed on whether client’s interests are being represented on their behalf, or on behalf of financial advisors. Commission rates on client investments will be monitored and capped where commissions are deemed unrealistic or unrepresented. Regulatory bodies will have the power to intervene any suspicious cases or red flagged cases.

General American buyers and consumers will have access to credit report facilities. Facilities will be presented in online form, and phone services. Online applications will be created for consumers to easily find out their credit score. Government sees this as a positive move. If its citizens have more control and knowledge of what they can and cannot afford, economic states can be resolved much faster and efficiently.

Consumers will be further protected by a related agency constructed from government bodies. This agency will be directly linked to the Federal Reserve. Agencies such as these will assist consumers in regulating spending, and where misleading, or unfair offers, is made by private sector companies. This will cover mostly to house loans and credit cards, where purchases can quickly become uncontrollable.

Customers will more than likely be forced to spend less on luxury items, and concentrate more on necessity rated items such as food and energy. As a result, companies may increase prices of their products. Under new legislation companies will pay higher taxes on income and business rates. Banking finance and lending to companies and individuals will be tighter, meaning less room for expansion and profit for private sector corporations.

America is a country that runs and operates highly and dangerously on credit. America borrows more money than any other country in the world. As a result inflation normally rises when there is no money left to spend. Consumers will be protected against hidden late fees from late payments, due to tighter regulation on bank lenders.

Auto Loans, and general loans are given out at alarming rates than compared to many other countries. Consumer spending may decrease, but the cost of cashing a paycheck will increase. There will be no more free checking system, as banks need to tighten up on their spending since they cannot charge consumers in other areas.

When government passed legislation on financial reform, more consumers than ever filed for bankruptcy. This meant that more people became unemployed and simply did not have any funds for luxuries or consumables. Consumers with high debt amounts suddenly had this wiped. Government stimulus cash was used to bail out creditors that would be losing out on receiving owed amounts from customers.

Although creditors benefit from this, this financial reform means the government will have to relieve credit companies of unpaid cash. America now has to print more money as a result, as quantitative easing has increased to over a trillion; inflation is set to increase, which will affect consumers buying behavior.

Consumers’ rights have improved as a result of financial reform, but this means private companies have to pay higher taxes and fees. Tightening up this private sector mean companies charge higher prices for their products. This will inevitably lead to a decrease in consumer action, resulting in less money being generated by America.