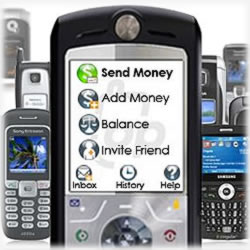 These facts are part of the FTC’s new report on mobile payments, security and mobile commerce as a whole. It’s astonishing when you consider just how influential this technology is becoming on a daily basis. We all have long since learned the convenience of credit cards and while the security behind the use of credit cards and new technology is anything but perfect, the fact is, in many ways it’s the nature of the industry. There was a time when pickpockets were the big threat and when they stole wallets from people in crowds, it wasn’t for their identity or their credit cards, but rather, they stole because of the possibility of a flush wallet with a lot of cash. If we’re to believe the new FTC report, our payment system in the U.S. is about to go through a significant growth spurt.

This growth is going to be found in NFC payments – or “near field communication”, mobile apps, digital wallets and mobile carrier billing options. Once it’s been perfected, there exists a much smoother and safer financial transaction with each and every purchase we make. As consumers, we’re sure to find convenience a big bonus while business owners will likely see a significant drop in processing charges. Before that happens, though, the FTC acknowledges there are quite a few stumbling blocks the industry as a whole will need to address. One of those concerns will be dispute resolution. With the convenience factor comes the potential for scams. Privacy and security are big considerations.

Not only that, but you could be carrying two credit cards in your wallet right now that have different protections. Let’s say you’re carrying the new Discover It card and the Green Dot prepaid debit card. Both serve big purposes in your financial dealings. With both credit cards, you have available credit of around $1,000. You don’t even notice your wallet’s missing until you wake up one morning and can’t find it. It occurs to you that it’s been lost or stolen. Provided you call Discover within 48 hours, you’ll only be liable for $50 – if Discover even holds you to that liability (most credit card companies don’t). But…your prepaid Green Dot is another story. That money is gone. There are no laws to protect you since prepaid cards weren’t included in the financial overhaul found in the CARD Act.

Now, if both of those cards were traditional credit cards, the most you’d be out would be $100 (and if you don’t report the loss within 48 hours, your credit card company could hold you liable for $500 each). Now, though, you’ve lost the entire balance of $1,000 on your prepaid card. There’s a lack of consistency in this area of today’s credit and debit cards and that could be a problem moving forward. So much so is the potential that the FTC encourages consumers to link their mobile payment options to a classic credit card to reduce loss. Of course, it hardly seems fair, but until problems like these are worked out, it’s going to present as a significant security problem.

There’s another study that provides similar results of what the FTC’s efforts showed. This study, conducted by Forrester, found that 94% of all banks in the U.S. have mobile apps for their customers. Here’s where it gets interesting though: half of those banks report their mobile apps are less than one year old. That means they’re likely behind in the mobile platform game. The study then turned its focus to consumers. It asked mobile bank users how the new technology has changed their relationships with their banks. Almost half say they make fewer phone calls to their bank. One third say they make fewer visits to their banks. For years, banks have steadily pushed its customers away. They’ve not wanted to deal with folks coming into the branches and they’ve not wanted to speak to them on the phone. Some have even gone so far as to tack on fees to speak to a live operator. The problem is – from the bank’s perspective – is consumers have had enough. The report said, in part,

Customers are no longer willing to change behaviors; they expect products and services to adapt to their needs. Forcing a customer to visit a branch or use a channel in a manner that seem artificial or convoluted to them, appears antiquated in an age of customer centric technologies and will in turn disenfranchise its customers.

That’s quite the powerful statement, although a very true one. Today’s modern bank customer wants to see their banks meld well with whatever their needs are. As consumers, we’re expecting a lot these days and it’s hardly what the banks anticipated when they began that shift to keeping customers at a distance. They pushed those customers out, and now, those same customers are demanding something replace the “hometown-y” welcome feeling. Technology is where it is.
Some banks have cited the new regulations as their reasons for pulling back on customer service. Unfortunately, that argument doesn’t hold water since they’d begun these practices long before the new banking laws went into effect. A combination of technology with their customers’ high expectations, they’re at a place where they can make a difference without compromising their revenue. For them, the new mobile payments are going to be where they make up that revenue.

Whether these banks want to realize it or not, there’s one area that they’ve historically steered clear of. They’re not reaching out to the country’s 43 million underbanked consumers. In fact, they’ve pretty much shunned those consumers in the past. What they failed to consider, however, is that 50% of those underbanked consumers have college degrees and a full quarter of them have strong credit ratings. These facts nullify the typical image of those with troubled credit histories and an inability to balance their checkbooks. And there’s one more fact the banks need to understand: the strained relationships they have built with their customers is on their shoulders.

They’re the ones to who turned to their customers to cover the losses due to new regulations. Those customers bailed – and rightfully so. There’s going to have to be a courtship of sorts if these banks are expected to transition. They will have to reach out and give those customers a reason to return. The banks didn’t anticipate the growth explosion in prepaid cards and they surely didn’t expect Visa, American Express, MasterCard and Discover to drop their own versions of these financial products. And now – they’re the ones trying to keep up. Now’s the time, no doubt. If they don’t they may find themselves going to the wayside once again and this time, there may be no coming back.

Of course, any time the government is involved, there’s going to be a lot of denials in terms of who’s responsible for which area of crime. It’s evident in the new scams and how they’re being addressed. Cramming is one example and is what happens when third parties tack on charges to a consumer’s phone bills. The FTC offers no assistance, recourse or regulations and says it’s up to the FCC to regulate. Currently there are no protections in place from either agency which leaves consumers to shoulder the burdens.