None Immune from ID Theft 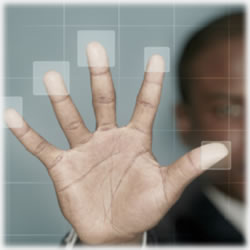 Surprising though it was when the news broke late Friday, learning that the Chief Justice of the Supreme Court’s identity had been stolen served as a reminder that none of us – even if your name is one of the most recognized in the country – is immune from falling victim to identity theft.

You may recall a few weeks ago when several other familiar names became victims, too. Michelle Obama, Vice President Joe Biden and even the director of the FBI had their identities compromised. In this instance, it was their credit reports that were stolen and then promptly published on a website out of Russia.

This is different, though. Roberts, while picking up cup of joe, told the clerk that he’d be paying cash because his credit cards had been stolen. Whoever overheard it quickly retold the tale, which was then picked up by the media and then confirmed by a spokesperson with the Supreme Court. It wasn’t sure if he was waiting for new credit cards to arrive or if he’d just noticed it and hadn’t had time to report it to the credit bureaus.

Most of us have these images in our minds that those who are making decisions on the Supreme Court level have some kind of impenetrable cases they carry with all of those important documents and records, whether it’s their credit cards, their Sam’s card or their bank statements. A story such as this serves as a reminds that if Roberts’ identity can be compromised, we are all at probably a greater risk than we first realized. We don’t stand a chance right?

The fact is, no one is immune and if we’re being honest, there are no security protocols strong enough. Even when analysts and code writers present new technology or tools that will shore up the security associated with our identities and finances, you can be sure there are ten more who are ready and waiting to raise the ante with some phishing scam or fraud that will bypass the latest efforts. And it can happen anywhere and in any circumstances.

Look at this way – two people lose their wallets at an event. Both of these people stand to be victimized by having their credit cards and cash stolen. It could be the event has nothing but moral-minded people who do the right thing or it could be one thief thanks his lucky stars and through dumb luck, hits the jackpot. That’s an extremely simplified example, but it shows the many dynamics associated with these types of crimes (or good Samaritans who do the right thing).

Unless you’re ready to shred your credit cards, close your bank accounts and live on a cash only basis – which, by the way, is quite challenging – you’re always at risk. Remember too – Roberts could have been walking through the park and had someone approach him for a photo op or he could have forgotten to sign out of a website. When the human condition is involved, all bets are off when it comes to certainty. Which brings us to the whole ball of wax: it happens and it happens to people who are doing all of the right things. It happens to those who keep their online virus definitions current and it happens to those who guard their wallets and handbags carefully.

Not sure if you’re doing everything you should or maybe you’re wondering if there are new tools available? We checked with several of the go-to agencies, including the Consumer Financial Protection Bureau, the Better Business Bureau and the Federal Communications Commission to be sure we covered all of the bases. Here are the recommendations each encourage consumers to follow:

Odds are, you won’t have the luxury of making a quick phone call for someone to handle your compromised identity the way Roberts or Biden or even Beyonce can, but you can become your own best ally as you seek to stay a step ahead of criminals, hackers and computer hackers.