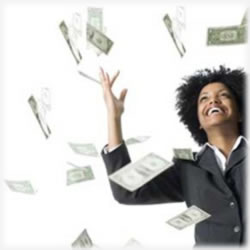 The CFPB has taken a lot of heat in recent weeks about payday lenders. In fact, the agency’s sole purpose – to protect consumers – is being rejected by those same people the new laws protect. And now, the Center for American Progress has stepped in, along with FDIC and OCC, both of which have been conducting their own investigations for these short term loan products.

Payday loans are considered quick loans – the word quick being applicable to the quick approval process as well as the quick due dates. The consumer writes a check, the company holds it until the agreed upon date and then deposits it when the loan becomes due – usually two weeks. Because of their high fees and predatory nature, slightly more than one-third of all states now ban payday loans. The work-around for these companies and certainly for banks is that classifying them as “deposit advance loans”, the companies are able to bypass the law.

Legal but Not Ethical

It’s legal, though the argument could be made that it’s anything but ethical. And let’s not forget that banks have plenty of leeway in how they develop their fee structures. They could easily cut those rates down while still earning handsome profits. It’s not likely they will ever do that – unless, of course, another lawsuit or government agency steps in and tells they indeed will do that.

A few weeks ago, CFPB released a study on these new dynamics. It found deposit advance loans made by banks mirror the high fee payday loans. Both had interest rates in the triple digit range – up to and including 300 percent. For those in states where these products are illegal or have restrictions, such as no more than 36 percent APR compliance, the products are being offered with no oversight. This, explained the watchdog group, often resulted in renewals many times over. The consumer pays the interest and is allowed to wait until his next payday; often, the same thing happens yet again. This “larger financial distress” is wreaking havoc on millions.

The new recommendations from FDIC and OCC include better transparency and ensuring the consumer understands he’s about to enter into a high risk loan scenario. They also say banks should pay closer attention to the ability to repay the debt by examining the account history. The group strongly encourages these companies and banks not allow these cycles to continue and that when a loan is paid off, the consumers should be forced to wait at least thirty days before using the services again.

As it is, there are no specifics of any kind of regulation and as a result, specific fee caps are being mulled. For instance, instead of stating the loans should be affordable, the better choice is to put those fee limits in place. A good starting point would be an across the board 36 percent cap for any state these products are legal. This is also in keeping with the FDIC’s 2007 Affordable Small-Dollar Loan Guidelines and with the 2006 Military Lending Act, which governs high-cost loans made to service members and their families.

If these recommendations weren’t enough, others are beginning to come in too. CFPB says a grace period or waiting period would give consumers the opportunity to rethink his choices. Of course, this flies in the face of how the products are marketed. No longer will they be a way for consumers to get emergency cash for those wrenches life tosses at times. The proposals also note Section 5 of the FTC Act. This, of course, is what prohibits unfair or deceptive acts or practices Reining in marketing and advertising could also help, especially since it’s difficult to include all of the disclosures in those advertising efforts.

Specifically, CFPB and others are worried that clear terms and conditions, the risks, limitations and other responsibilities of both parties get lost in translation. If the banks and payday loan companies opt not to remain in compliance, fees can then be levied. New language that’s easier to understand along with a new application process each time a customer takes out a new loan could also help curb potential problems.

There are those who think these recommendations are not necessary. You may recall the Community Financial Services Association of America denounced these efforts at better oversight. In a letter to CFPB Director Rich Cordray, it insisted that not only is the data flawed, but it’s also misleading and “not driven by the facts.”

Meanwhile, Raj Date, who is the former deputy director of the Consumer Financial Protection Bureau, says he too is interested in developing better payday loans. Date left CFPB in order to open his own private consumer finance consulting agency. Date says the focus of his agency right now is mortgages; however, he is also turning attention to the politics of short term credit. He says it’s possible and that because so many low income families use these products, there exists a “moral obligation” to find better options.

This was part of a speech given to the Underbanked Financial Services Forum, which is focused on low income families who are unbanked or underbanked.

It’s a real thing, and it’s a real need, and it is pretty inefficiently provided today,

Date has coined a phrase that he says is indicative of the problems. He calls it the “small-dollar credit problem” and he insists getter data can play a role in educating consumers – either directly or indirectly – of what these loans can (and can’t) do. It’s his belief that better branch operating systems can also go a long way, especially since there’s no previous tried and true model.

So why are payday loans the go-to source for many consumers? The answer is quite simple, actually. Most low income consumers don’t have access to traditional credit cards. Many also don’t have the credit scores necessary for a bank loan – often because of job losses and other financial setbacks.

And now, and surely to the chagrin of financial entities, regulators have introduced strict compliance guidelines that some predict will eliminate deposit advances made by banks, including Wells Fargo, U.S. Bancorp and Regions. Simultaneously, the CFPB is also working with others that share the same goals for a more accountable industry. Competition is a healthy thing in society and as we know, this sector is growing. But this is one financial aspect that’s not regulated and efforts to do so, well, you see what happens: they change the product title, make a tweak or two here and there and voila, right back into unregulated waters.

The fact is, though, these alternative products are booming. Consumers – many of them – simply don’t have access to a bank or other lending products and payday loans are their only option. This, along with prepaid cards have changed the financial landscape and that’s not going to change. As long as there are consumers who struggle with their credit ratings – regardless of the reasons – payday loans are a staple.

What are your thoughts? Have you ever been in a cycle of renewing the same payday loan again and again? If so, how did you break out of it and would you do it again?