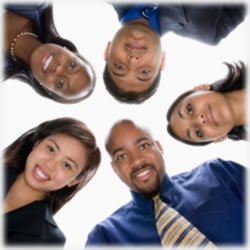 by Jon Dell, in: Business

Now that the election is over and the people have spoken, small business owners are facing new obstacles and whatever they ultimately decide, it’s going to play a massive role in the future of their families and their employees. It will also wreak havoc in any efforts to expand those businesses. Buying will remain cautious, credit card debt will remain low – provided it’s available – and worries will continue. Needless to say, these kinds of fears are what keep the nation as a whole from finding faith in the long overdue and evasive recovery.

A second Obama term means the Affordable Care Act moves forward and that, coupled with the fiscal cliff worries, along with regulatory considerations, means many are already putting their disclaimers out there. One designer we spoke to works for a small engineering firm in Mississippi.

Our boss told us early Tuesday that if Obama was re-elected, he’d probably have to close the business. Times are already lean, but he didn’t mince his words.

She said the health care act, along with a slower business, has made layoffs an almost certainty before the election. Now, though, she’s sure the business owner has no choice but to close the doors,

He said he knew it was going to be difficult and that there weren’t even enough funds to pay off two credit cards, much less meet payroll for 2013. If something doesn’t give, like, in the next few months, we’re all going to be unemployed.

Craig Dunaway, who is the president of Penn State East Coast Subs as well as the owner of 14 Penn State franchises, called his own meeting with employees.

I wanted to bring everyone together to talk about what we can do, and make sure we are beacons of light for our franchisees. No one can change the results of the election.

He cited health-care reform as one of his bigger problems and said the “nitty gritty of the law” was going to be problematic, as well. He must now also include on the menus calorie intake and other nutrition facts. This is a little known clause in the health care reform.

It’s those hidden unknowns that can cost thousands of dollars. To recoup those costs they may raise their prices or cut hours.

Another small business owner said he fears not being able to expand because of the $2,000 penalty and the business owners say that $2,000 could be better used to pay down their business credit card debt or small business loans. Ultimately, though, it will likely be cut in the number of employees a business is able to keep.

We don’t want to and for right now, we’re waiting to see what happens, but unless something gives fast, layoffs could happen before the end of the year,

Some say the ribbon of good news in these tough economic times just might be the fact their profits aren’t high and as a result, their taxes may not be either. That’s important as many prepare to move forward with cuts that will allow them to remain in compliance. Some will take full time employees down to part time positions, others will lay off and others will close their doors, unable to see another way out.

There might be another option, though. A small business owner in Las Vegas, Ron Nelson has found a compromise for his employees who install doors. He’s always provided health care benefits for his employees, but now, he’s asking them to foot 50% of the premiums each month. He also says some things are actually balancing out,

I know I can go and shop for insurance in 2014, and that my wife will no longer have the preexisting condition of being a woman under Obamacare.

He said tax hikes also aren’t of concern, as he hasn’t been profitable since the recession. However, under the Obama Administration, he says he has hope and that he will be hiring as the economy improves.

So what is President Obama’s message for small business owners? He spent much of his time campaigning and reassuring business owners of his determination to turn things around. In fact, he reiterated time and again his commitment:

In response, President Obama cut taxes for small businesses, encouraged them to hire, helped small businesses access credit, and worked to level the playing field between small businesses and large corporations by ensuring that everyone from Main Street to Wall Street plays by the same rules.

One of those efforts included the Dodd Frank financial overhaul. It put more power into the hands of these business owners who’d had big banks dictating for far too long what their options would be.

Still, if yesterday’s actions on Wall Street and the massive 300 -plus point loss is any indication, this isn’t going to be an easy journey. Ideally, lawmakers will be able to come together to prevent the fiscal cliff from happening. Everyone in Congress is hopeful, but the fact is, until these national issues are remedied and consumer confidence begins to build, consumers – whether they’re small business owners or not – won’t be using their credit cards, investing in new big ticket items or, unfortunately, increasing their payrolls. The long term and “domino effect” are troublesome and throughout the end of the year, all are watching and waiting for those long overdue tell tale signs.

Do you think the fiscal cliff can be avoided? If you’re a small business owner, what are your plans in terms of growing your business? If you’re not, what are you spending plans for this holiday season? Share your thoughts with us and other readers.