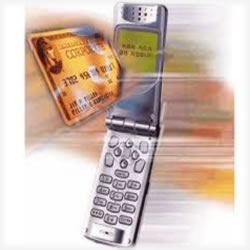 If you haven’t visited a fair, rodeo or food truck recently, you might witness a new technology once you do visit that hot dog stand on the corner again. Mobile payments are on the rise and there are a few companies that are rising high. This week, we take a look at a few of those new technologies and their safety features that have small business owners rethinking their profit lines.

Isis is one company that’s making it possible for these small business owners to broaden their client horizons. Isis can accept most credit cards, including the big four: Visa, MasterCard, Discover and AMEX. Usually, this technology is free for business owners and they only pay a small fee for each swipe. Even the equipment is free.

Consumers are still wary of sharing stored financial information and cite concerns such as privacy, fraudulent charges, personal information being distributed to third parties and losing devices that contain that information. That said, if there were concerns that giving a stranger access to a consumer’s credit card, only to watch it being scanned into that stranger’s smartphone, those fears seem to be subsiding, albeit slowly.

Indeed, it’s a very slow transition, even if it is a red-hot market these days. One business owner says he upgraded for a number of reasons. Money and the opportunity to open new doors is an initial reason, but there are many who say dated technology can do more to cause concerns of a customer than swiping their cards through these mobile gadgets. And it’s safer – once consumers can make that connection, of course. Most small business owners agree that it’s a powerful tool and one no business should dismiss it with no consideration.

Not only that, but we’re quickly becoming a nation of mobile communicators and mobile travelers. Small merchants are considered ideal testing grounds for new payment products because the businesses are generally have lower prices than their chain store competition and with a smaller canvas, potential problems are far more easily identified and addressed.

And the small businesses are responding well. For them, it’s all about convenience and efficiency. Digital wallets, which by nature is relevant credit card information stored on our iPhones and Androids, are being incorporated by consumers quickly and the business owners know that not keeping up could mean the difference between failure and success.

These applications, or apps, for tablets and smartphones that can scan credit cards were carefully considered before moving forward with incorporation is definitely paying off. The National Retail Federation reports around half of retailers now offer this technology, compared to around 6% who offered the convenience 18 months ago.

It’s important to keep in mind that this technology is still in its infancy and the term “mobile payment” remains the “catch all” classification for all things associated with paying with a mobile phone and the small card readers like Square’s mobile phone attachment.

Even more impressive is the worldwide numbers. It’s believed these payment transactions will easily surpass$171.5 billion in 2012. This equates to a 62% increase from $105.9 billion last year. Analysts are predicting a continued healthy growth with each passing year – to the tune of $617 billion by 2016.

There are small business owners who have growing concerns, especially in a tough economy, about the costs associated with making the transition. It means new hardware, new software and training. Even as some companies offer free equipment, most – such as Square and PayPal – are encouraging owners to drop their traditional equipment and in return, they receive per transaction fees and loyalty programs.

Square, an impressive product from a company on the west coast, appears to be leading in the actual “dongles”. These are the small attachments to a small business owner’s smart phone that allow them to swipe credit cards. It allows fast transactions for a 2.75% fee. Naturally, that fee the retailer pays is passed on to consumers. It’s grown so fast that it even exceeded initial profit estimates.

Already there are more than 2 million companies in the U.S. that have incorporated these small gadgets and since 2010, when it was first introduced, it’s processed more than $6 billion in transactions. Other companies include Intuit, which offers either a percentage or per transaction fee. There’s also a monthly flat fee for those with higher volumes. Level Up and Verifone are gaining momentum on those more well known companies, such as PayPal and Square.

Finally don’t forget the wireless carriers. They too will get in on the mobile processing love. These companies will also earn a profit from an “all purchase-transaction data traffic, which will travel through their respective networks. No doubt, they’re extremely motivated to encourage further growth. AT&T, Verizon, CSpire and TMobile are all in negotiations with Google and other tech companies. In fact, Verizon and AT&T are expected to announce in early August their respective plans.