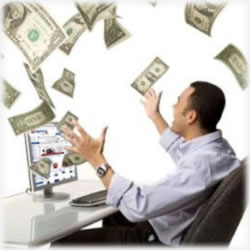 by Evita Page, in: Finance News

There’s a new bill floating around Congress that is becoming quite controversial. The Consumer Credit Access, Innovation and Modernization Act will give control to the federal government over payday lenders. At least forty one states are saying this is a bad deal and are calling the bill as a whole “problematic”.

The report, released on Tuesday by the Maryland Attorney General’s office, says the federal laws would interfere with state laws that are already in place for non bank and other non traditional financial service providers. Maryland – and forty more states – are saying this bill should go no further and certainly shouldn’t be passed into law,

This bill protects payday predators, among other lenders, not the credit consumers …,

The consumers who are victimized by these devious lending practices are often those who can least afford it.

These types of payday loans are most often used by low income consumers who need access to cash, but who do not have the traditional methods of obtaining it, such as credit card cash advances or personal loans from their banks. Studies conducted in recent years show a cycle of renewing those loans. They pay the high interest that’s due and are then allowed to renew the loan. These cycles can continue for months or even years. Before long, what they’ve paid in interest has far surpassed the initial loan amount.

Most other states already have in place tough regulations regarding payday lending companies. Those states believe the laws are working and say one of the benefits from a state level is that it’s better able to protect consumers against these types of expensive and often predatory loan options. One example provided includes the option to cap rates on these smaller, shorter term loans. This has proven problematic for these payday lenders; if the federal guidelines are put into the place, though, all of the protections would essentially be eliminated. This opens the door for these companies to do business with fewer restrictions and significantly less oversight. This also opens the door for extraordinarily high rates and fee structures to begin overwhelming the process as a whole.

Another problem with the bill are concerns that lenders will be able to extend loans with no consideration over whether the borrower is even capable of repaying it. The federal bill also doesn’t put into place specific compliance regulations and worse, it removes regulations associated with the Truth in Lending Act for those businesses opened for less than a year.

Currently, the bill is in the House Committee on Financial Services. This group is attempting to ascertain whether there is anything worth salvaging. If it decides it should go further, it will begin the traditional rounds between the House and Senate for voting.

In Iowa, there are other problems surrounding payday loan companies; specifically, zoning issues and the state’s commission wants regulations on where the payday lending companies can hang their shingles. One study that wasn’t cited suggested payday loan companies have “negative effects on towns near their locations”.

The Iowan Zoning Commission wants payday loan businesses to be restricted to commercial zones only. Not only that, but it also wants a minimum of 1,000 feet between similar properties and never be placed near neighborhoods that could be adversely impacted as a result of the business. In other words, the commission wants these types of businesses kept out of the one sector they serve: low income areas.

Incredibly, they actually had to investigate why low income residents turn to payday loans. For many in the state, it was almost a silly request. Obviously, these types of loan products don’t require the same approval processes for those traditional products they do not have access to,

The state zoning commission believes the ease of getting these loans, store locations, and targeted marketing to specific neighborhoods supports irresponsible lending practices, like borrowing money for extravagant spending which wouldn’t be spent otherwise. The prime rate of interest for payday loans which are not paid off within the short-term period in which they are scheduled, adds extra financial demands that low income people cannot afford.

This statement has many scratching their heads, wondering why tax dollars were used for an investigation to determine what’s already widely known. Worse, many say the commission didn’t get it right anyway. There are those who insist that while the higher interest rates and often-predatory lending characteristics are not ideal, there are those who are taking out these loans, not for “extravagant spending”, but rather, to put food on the table or to make necessary car repairs.

Now, the commission is looking into online payday loan companies, which are increasingly becoming the way to secure these types of loans. It’s looking into regulations associated with these types of companies and admits the qualifications for approval do vary and it might actually hinder some from using these avenues.

If the federal laws are put into place, these moot efforts that Iowa lawmakers are exploring will go to the wayside. Still, getting the bill passed into law is going to be time consuming, especially considering the current economical and political goings-on. Still, if these laws are passed, it’s going to be a game changer and will affect the industry as a whole in ways many have yet to consider.

The Consumer Financial Protection Bureau has been gearing up to do its own research and investigation. Nearly since its inception, it’s made these types of loan products a priority. The goal has been to address credit card regulations, followed by student loans and mortgages. It’s not sure how this new dynamic will play out in the bureau’s efforts. The bureau’s chief hasn’t made any public comments.

So what do you think? Should payday loan companies fall under state or federal jurisdiction? Have you ever taken out a payday loan and if so, were you able to pay it back quickly? Share your story with us.