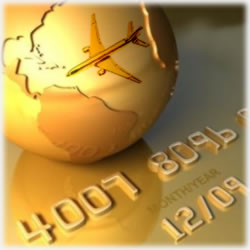 There’s a lot going on these days in the airline industry. From the controversial decision to cancel the FAA air traffic controllers furloughs to trouble brewing at one of the most recognized airlines – there’s a lot of buzz to be sure. Travel rewards credit cards, though, are still quite impressive. Keep reading as we explore the latest.

If you’re a traveler, odds are, you were happy to learn that over the weekend, Congress basically stepped up to the plate and drew its line in the sand that canceled the FAA air traffic controllers’ furloughs. The goal was to prevent a repeat of last week: major delays, hours spent waiting in airports and frustrated consumers. Ah, but if you’re anyone else, odds are, you’re wondering if Congress can do that, why not kick all of the so-called sequesters to the curb?

There are those, including Rep. Sheila Jackson, a Democrat from Texas, whose concerns are founded,

We’ve got to save the traveling public but I ask the question about 5,000 children in Texas that will lose Head Start or the millions of seniors or our military families that will lose the support because we’ve got the sequester,

she asked after learning of the canceled FAA furloughs.

And, too, those are certainly realistic questions. Last month, when Congress took its action to avoid furloughs for meat inspectors, border agents and TSA agents, there were still hundreds of thousands who provided services across the nation and who still face those furloughs. Worse, some groups are saying Congress was “bought”. The liberal activist group MoveOn.org was quite vocal and most certainly upset when it sent its own scathing letter, contending the reversal was “solely to appeal to wealthy contributors who fly frequently.” It then began an online petition to “demand that any emergency legislation to eliminate airline delays caused by the sequester also restore cuts to Head Start, cancer clinics, housing assistance, food pantries, and unemployment insurance.”

But that wasn’t the only group that put its frustrations in black and white. NDD United, which is a powerful coalition of more than 3,000 groups focused on public health, medical research, education and other areas, opted to send its own biting letter to the collective Congress. This was right before the reprieve was passed and was designed to remind it of its responsibilities.

Damage control is not a sound fiscal policy. We urge you to reject any efforts to pick favorites and instead fix sequestration, once and for all,

There’s another sector that was surely quite happy to see an end to the frustrated consumers in airports. That sector would be the banks and credit card companies that offer travel rewards as part of their programs. This week, we take a look at a few of the more highly ranked offers. These should seal the deal for anyone who’s looking for ways to saving money, even if Congress can’t make up its mind on priorities.

Many travelers love Southwest Airlines – and for good reason. Southwest Airlines has managed to continue allowing flyers to check two bags for free. It’s been successful in this area where others have long since failed. That was, up until Friday. After the airline’s first-quarter earnings report, we learned it reported a whopping 40% drop in profits. It cited lower than expected passenger revenue for March and the question now is: will travelers soon lose that two bag convenience?

Remember, only JetBlue and Southwest have managed to maintain some sense of putting flyers first. But in order to continue its efforts, there’s a good chance it’s going to have to rethink that. It’s already been reported that the airline is struggling to keep from raising fees this year, but its CEO warned it may be unavoidable. The good thing is, CEO Gary Kelly told CNBC last month,

Rather refreshing that the consumer still has some say, yes?

With those troubled profits, though, a closer look at its choices may be in order. The collective airlines earn a whopping $3.4 billion every year on checked bags. It’s an obvious measure that could improve its bottom line. Will it frustrate consumers, though? Maybe, but maybe not. That’s what these big companies often miss: consumers are reasonable. We know there are times when increases are unavoidable. What consumers don’t like, however, is feeling as though they’re being gouged just because some global brand knows it can. It’s about transparency and Southwest Airlines has it in spades where some of the others fail miserably.

Some insiders say the airline is looking for other ways to increase fees. That means, of course, if it’s come that point, it really matters little where the fees are instituted: they’re coming and it’s that simple. Southwest may be looking to changing its fee structures for tickets and if it is, you can be sure it’s hoping customers will be more inclined to pay the extra money if it means a continued convenience of free baggage checks. Ah, but there are still credit card offers that allow consumers to hone in on those savings – even free baggage checks. Here are just a few of the many impressive offers available right now.

Other Benefits include internet account related services, complimentary and unlimited companion travel, access to business credit lines, any number of cards you need for employees, live customer support around the clock, emergency card replacement and cash replacement, automatic bill payments and a host of other perks.

Issued by Barclays Bank, this MasterCard is a great choice if you have good credit. The benefits are plentiful, including two complimentary round trip tickets every year, bonus miles earned after your very first purchase, opportunities to earn double miles and around the clock operator assistance.

Exclusive privileges include first class check in, day passes and Zone 2 priority boarding for US Airways. There is an annual fee with this credit card offer, so be sure to double check to ensure it’s worth it for your specific needs. It should be noted that it’s reasonable, but it’s a fee nonetheless. Fraud protection, emergency services and the option of downloading all of your account statements at tax time are just a few more of the conveniences you’ll enjoy with this credit card offer.

You can apply online, as well.

Be sure to read all of the terms and conditions with any credit card offer before you apply. The last thing you want to do is make a selection that’s not going to suit your specific needs.

So what will ultimately happen with Southwest Airlines and will Congress use its powers to end the furloughs with some of the other programs? It’s hard to tell because as we’ve all learned, predicting what our elected officials will do is akin to deciding where a hurricane makes landfall before it ever enters the Caribbean Ocean.