Want to Buy Pot or Guns? Don’t Rely on Your Credit Card 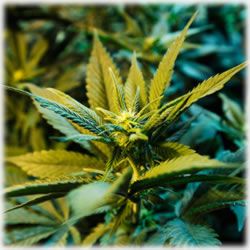 We use our credit cards in a myriad of ways. They’ve become as important our lives as cash. But while you can still buy guns and pots (where it’s legal) with cold hard cash, it just might be that your MasterCard isn’t everywhere you want to be and in some businesses, they might not be asking, “What’s in YOUR wallet?” Turns out, several of the bigger names in the financial market are drawing the line on purchases they’ll agree to cover.

First, news broke yesterday that the mobile payment service Square is banning purchases of “firearms, firearm parts or hardware, and ammunition; or… weapons and other devices designed to cause physical injury.” Its founder, who’s also the co founder of Twitter, Jack Dorsey, announced Square would be amending its terms of use for retailers. While no one is delving too deeply into it, mostly because they’re not getting answers, what is coming out of the Square camp is that it routinely revisits is policies and approved uses for its card readers.

Dorsey also said that his company only agrees to uses that are “consistent with our values”. One wonders how those who have different (and legal) values feel about having another’s beliefs shoved down their throats. To that end, he insists that the decision was at all based on the recent debate over gun control in Washington, calling the timing “completely coincidental.” You may recall that eBay has long since banned weapons sales and PayPal doesn ‘t allow its consumers to buy firearms, either.

The question, now, is how will this affect any future IPO?

These are the small gadgets that attach to smart phones and are used in businesses that typically accept payments away from its home base. Fairs, kiosks – things of that nature – are ideal for those wanting to use credit cards but can’t lug around the traditional card swipe machines. For many merchants, using Square has opened up a world of new revenue opportunities. They simply plug the free plastic square-shaped dongle into an iPhone, iPad or Android device and instantly, they’ve created a mobile credit-card reader.

It’s not surprising that Dorsey admires New York Mayor Michael Bloomberg. Like Bloomberg, Dorsey feels it’s acceptable to shove his beliefs down the throats of everyone around him. Bloomberg has also been quite vocal in support for gun control, and is the leading force behind the Mayors Against Illegal Guns. Only problem is, Bloomberg has no concept of differentiating between legal and illegal gun ownership.

I think that Mayor Bloomberg has done an amazing job, and I and a lot of Silicon Valley look to him as a guiding light because he’s completely rethought what it means to be mayor,

Meanwhile, American Express made a gutsy announcement this week as well. The biggest U.S. credit-card issuer by customer purchases made its announcement in a presser that reads, in part,

Sanette Chao, a spokeswoman for the New York-based company, also said via the presser,

It is our policy to adhere to federal law in such matters.

Not all banks and credit card companies agree, though. A spokesperson for the Colorado Revenue Department, where marijuana is legal, said,

There are some locally owned banks that medical marijuana companies are utilizing.

But it may be more than just personal opinion that’s the driving forces behind these decisions. There are state laws and then, there are those pesky federal laws that have far reaching and far more serious consequences if they’re broken. Banks risk losing their deposit insurance or their federal charter if they violate these federal laws, said Robert Rowe, senior counsel at the American Bankers Association. Interestingly enough, it’s the federal law that was put into place to prevent money laundering. Rowe said it’s on financial institutions, both banks and credit card companies, to ensure they “know” their customers. At a minimum, he explains, they have an obligation to complete due diligence to see “what kind of business they are doing”.

For some, they’d just as soon revert to cash that jump through federal hoops. In fact, there are instances where medical marijuana dispensers are hand delivering thousands of dollars – in cash, mind you – to their state’s revenue department. They watch as the cash is counted and then a receipt is used for sales taxes the state just received.

In one instance, the co founder of PinkHouse Blooms, LLC, which is a chain of medical marijuana dispensaries in Colorado, not only pays his taxes in cash, but he says he has to. He can’t mail a check because federal laws prevent banks from opening accounts for medical marijuana businesses. Colorado laws allow them and the laws tax them – but the banks don’t protect them.

It highlights the awkward situation we ‘ve been placed in,

We are paying taxes, but despite our best efforts to be good citizens, we’re still paying in cash.

In fact, federal laws require financial institutions to report suspicions that the money is being used to buy and sell drugs, despite the fact that it’s now a legally accepted control medical use drug. As one person close to the brouhaha explained,

The inconsistency creates a gray area for dispensary operators, who have to choose between operating as a cash-only business, susceptible to robbery, or finding creative ways to open checking accounts and accept credit and debit cards.

The executive director of the National Cannabis Industry Association, said there are many conflicts in the rules,

They’re encouraging cash operations, which are a threat to public safety, and much more difficult to track and audit.

J.Smith, the director of NCIA, said,

We’re just looking for a solution where we can bank legitimately like any other industry. Wherever you stand on the marijuana issue, it serves everybody’s interest to have banking access.

The owner of the marijuana chain agrees and said that until 2011, he had several checking and credit card accounts with Wells Faro and that he was “welcomed (with) open arms and then changed their minds.” For its part, Wells Fargo, which is also the fourth largest bank in the country, says it made the decision to not do business with these companies due to the “complex and inconsistent legal environment.” Jim Seitz, a spokesman, said in an email,

The bank conducts regular internal reviews and if we identify a situation in which a policy is not being followed correctly, we act accordingly,

There’s a new trend, though, that’s both worrisome and could jeopardize the future of these types of companies. Some dispensaries – in Colorado and other states where medical marijuana is legal – are able to bypass those rules by setting up a “shell” corporation. They don’t disclose that it’s a marijuana company, according to Dale Gieringer, director of the California office of the National Organization for the Reform of Marijuana Laws.

As long as the bank doesn’t find out, you should be safe,

Fair warning, he cautions, if the truth is discovered, “the bank terminates services with no explanation”. There’s at least some hope for these business owners. At “The Joint”, a Seattle-based medical-marijuana dispensary, founder Shy Sadis said he has an account with “one of the top banks in the United States” and has an automated-teller machine on site for his customers to get cash.