Wells Fargo Off the Hook for $203 Million 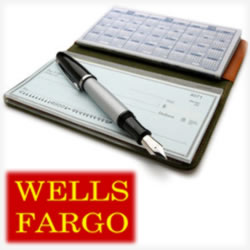 In a late act of holiday generosity, a U.S. appeals court tossed out a standing injunction along with a $203 million restitution order that Wells Fargo had been facing. A lower court’s had ruled against the the big bank during litigation over its policies in charging overdraft fees.

The appeals court didn’t give it a full pass, though. It upheld one part of the ruling that found the bank violated unfair competition laws in California. It opted to toss the case back for trial in San Francisco so that it could be sorted out there.

There are numerous class action lawsuits against Wells, but the California case is one of the largest. The details may vary slightly from one suit to the next, but they all revolve around allege unfair and illegal assessment and collection of excessive overdraft fees. Other accusations include the bank’s refusal to record charges and purchases on debit cards or cash withdrawals via ATMs in the order they actually occurred. Instead, it sorts the charges and purchases so that the largest charge or purchase is the first one paid by the bank. Lawyers have contended that the practice is intentionally designed to maximize overdraft fee revenue. In fact, banks made a staggering $38 billion in overdraft fees alone in 2009. And you can be sure this isn’t a lucky break; it’s a carefully designed method and once internal memos were entered into evidence, there was no denying just how methodical these bankers are.

These cases have typically been moved from one court to another and eventually end up at the federal District Court for the Southern District of Florida in Miami, Florida. This is the only place in the nation where federal lawsuits against any kind of banking entity and it policies on overdraft fees are heard.

2010 was particularly challenging for the bank when a federal judge first ruled those NSF fees had been improperly assessed. U.S. District Court Judge William Alsup provided a near 100 page opinion explaining the violations. Most alarming were the references to the policies that, instead of posting each transaction chronologically, Wells Fargo paid or deducted the largest charges first. This, of course, dropped the account balance and began the process of racking up overdraft fees for checks made out for fewer dollars.

For example: A consumer has $500 in his Wells Fargo checking account. He has six checks that are being processed on the same day, and each one that doesn’t clear, that bank customer is assessed a $36 NSF fee:

Meanwhile, that sixth check was written for a total of $499

If the bank processed the smaller checks and then charged the $36 fee, the consumer is only hit for one overdraft charge. If the bank instead pays that largest check and then processes the five smaller ones, the bank can collect a staggering $180 in overdraft fees alone. This scenario is exactly why the lawsuits were filed and what the judge deemed in violation the law. And Judge Alsup was none too pleased nor did he mince his words, writing in the ruling,

The bank’s dominant, indeed sole, motive was to maximize the number of overdrafts and ‘squeeze as much as possible’ out of customers who spent more than they had in their accounts.

If this sounds like some kind of fraud the bank was committing against its own customers, your thinking is right. In fact, it’s called “backdating” and it is most certainly a type of fraud. Unfortunately, and this is where many are finding their rage, the Office of Comptroller of the Currency actually encouraged banks to backdate. It actually and formally granted approval to banks for overdraft backdating. This means, naturally, there won’t be any type of criminal charges.

For those who might have still be unclear on what role the CFPB would be playing, this is a prime example of why it’s so important in the financial sector. It most certainly tempers OCC, which has made more than a few questionable decisions over the years; after all, its priorities are with the banks first. CFPB’s only priority is the the consumer.

Everyone predicted the bank would appeal and indeed, after the ruling came down, in September of that same year, Wells Fargo filed an appeal with the 9th Circuit Court of Appeals. Until all of the “buck passing” is completed, only then will funds – if there are any – be processed and distributed to those involved in the class action suit. The lawyers warned plaintiffs in 2010 that “this process could take months or even years, although we are making every effort to expedite the process.”

Following yesterday’s ruling, a bank spokesperson, Ancel Martinez, said that the bank was pleased with this latest development while one of the plaintiff’s attorneys, Michael Sobol, remains convinced the legal team can get the damages reinstated once it goes back to lower court. “The misrepresentations found by the district court have been affirmed,” Sobol said.

It’s interesting to note that the bank only begun its re-sorting a decade ago. At one time, it processed purchases and debits to accounts by starting with the smaller transactions, whether they were made with a debit card or traditional check. Indeed, it appears to have been a deliberate effort to up its profits.

A San Francisco federal judge certified a class action on behalf of Wells Fargo customers who had incurred excessive overdraft fees when the process was changed in 2001. He also put an injunction in place that required the bank to revamp its procedures. The 9th Circuit is of the opinion that federal laws preempted the state’s laws,

Federal law does not, however, preempt California consumer law with respect to fraudulent or misleading representations concerning posting,

What are your thoughts? Time of Wells Fargo to pay up and learn to co-exist with new financial laws? Let us know what you’re thinking.