What is Quantitative Easing and Why Should You Care? 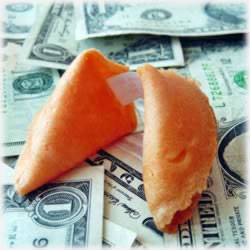 Most Americans are interested in understanding what’s going on in the economic sector of this country. It’s easy to stoke the fires of fear, especially when the president is pulling the classic Chicken Little scam. We heard for quite some time that the sky was most certainly going to fall if we went into this so-called sequester. The problem is, no one’s story matched another’s and frankly, we really didn’t know what we needed to do as individual consumers to cover our bases. There were no solid answers and now that we are under the so-called sequester, we’re still not sure what’s going to happen. What we do know, however, is nothing that we were told – from the president on down to Congress – came full circle. So who do we believe? What do we believe? And really, what does all this double talk mean?

Quantitative easing (QE), according to some, is necessary to jump-start growth in our current economy. But what is it and why is everyone insisting it’s actually going to “multiply”? According to Investopedia, quantitative easing is a policy, put forth by a government, that increases the supply of money by buying different government or market securities. It increases the cash supply with the goal of ensuring lenders are lending and borrowers are borrowing. Often, when interest rates are rock bottom, such as what they are today, and if those low interest rates aren’t enough of an incentive for consumers to borrow, there exists the possibility of inflation or recession. This is what has many concerned – and rightfully so.

And then there are the so-called “zombies”. A zombie bank, simply stated, is an insolvent financial institution whose equity capital has been eliminated and as a result, its value of its obligations is greater than its assets. Fears, when reality sets in, is that one bank’s zombie presence, could affect others – much the way the flu marches through communities around the nation. The fact that there’s so much double-talk and secrets associated with these zombie-like institutions only increases fears of consumers. If they’re unaware of what’s going on with their bank, they don’t know what to expect when it hits.

Remember, too, that zombie mortgages are also cloaked in secrecy. Many homeowners know they’re in foreclosure but what they don’t know is that the bank might have decided moving forward with the process would cost it more money, so it abandons its efforts though doesn’t mention it to the homeowner. The homeowner moves out of the house, thinking it no longer belongs to them, only to realize months or years later there are unpaid taxes on the property or they’re hit with a notice from the city that it’s become an eyesore and would they please clean it up. They no longer own the house, for all intents and purposes, but they are still held liable for the condition and and future of the house. And did we mention it will still affect their credit rating and their ability to get approved for credit cards, automobiles and other financial products? It’s as though the property was bound to be a burden and the bank decided it would just walk away so that it doesn’t become the bank’s burden.

When there’s this much twisted lack of balance in our economic sector, it reveals itself as an impossible dynamic that allows only the wealthy to take advantage of credit while those who aren’t considered prime borrowers left with few, if any, financial options. The system collapses with incredibly low interest rates that not everyone can take advantage of. This is why Senator Elizabeth Warren came down hard with Fed Chairman Ben Bernanke last week during a Senate hearing. Apparently, he’s not willing to come clean with the risks associated with these low interest rates and the potential catastrophic failure.

Have you heard whispers about another housing bubble? Here’s why many are beginning to worry. The weak economy has justified QE up to this point, but history tells us that keeping rates too low for too long can actually create these bubbles. Consider the Fed’s aggressive cuts down to 1% between 2000 and late 2005 – remember, this was due to the recession of 2001. Because the rates were held down for so long, most analysts agree it’s what led to the credit and subprime housing bubbles. And there is that pesky word again: subprime. Subprime lenders are still haunting the financial sector today.

Already, many are saying QE has become ineffective. There has been no real change and this latest “mystery sequestering” isn’t helping matters. QE was designed to be a short term jumpstart. Unfortunately, this jumpstart has been used several times and nothing has changed. This, coupled with a weakening currency from a foreign perspective, has meant that improvements simply aren’t coming and it’s on an international stage. Make no mistake – the world is watching.

Not only that, but there are also the moral considerations of QE. And let’s face it – “moral” and “government” are not always synonymous. Already, there have been concerns regarding the “weakening governments’ incentive to pursue needed economic reforms.” The nation is divided, to be sure. And at least in most of our adult lives, none of us have seen anything like this. It’s been compared to Nixon’s rein, and while the sense of betrayal in politics is very real – after all, our money is tied to politics whether we like it or not – the sense of betrayal is really the only common denominator between then and now.

There are those analysts who are concerned that we’ve lost our way back to the foundation of strong monetary policies. It’s a powerful dynamic that so far has failed. Debate it all you want but the fact is – there have been zero – zip – no benefits to any of these rescue missions. The writing is on the wall – the economy is not improving and despite the assurances by some that the stock market is proof that it is improving are simply fooling themselves and anyone who’s listening.

From a personal financial standpoint – the argument could be made that we, as consumers, are typically falling into of of two territories: we’re either paying down our personal debt, especially our credit card debt or we’re maxing our credit limits out. There are studies that justify growth in both areas.

In short, policies are becoming more unconventional, not less, with little clarity about short-term effects, unintended consequences, and long-term impacts. To be sure, QE and other unconventional monetary policies do have important short-term benefits. But if such policies remain in place for too long, their side effects could be severe – and the longer-term costs very high.

This is a very brief explanation, but as consumers, most of us are watching our credit card balances grow, the job numbers remain stagnant and all signs from the White House down aren’t promising either. The stocks are doing well – though few can effectively explain that. Consumers are confused and all of the current goings-on goes against everything they were taught about the basics of good money management.

The cycle continues because nothing’s changed. The real question is the same as it was three years ago: are we on our way to hitting rock bottom?