What’s Going on with CFPB? 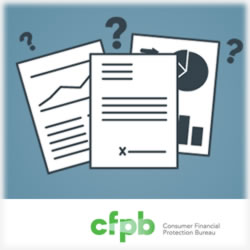 For quite some time, we all heard about the Consumer Financial Protection Bureau; great things were on the horizon and consumers were finally going to have a voice. But how well is the federal agency doing? Is it meeting the needs of consumers who have complaints about their experiences with the financial sector? And are there any changes really going on?

We were wondering those same questions. We went looking around to see just how well this busy government agency was faring. You might be surprised.

Keep in mind, CFPB is a government agency. Unlike some of its other federal counterparts, this division is running like a well-oiled machine. Consumer complaints that are filed are being handled with expedience, folks who come in contact with the representatives say they’re being treated with patience and understanding and the bureau is serving its purpose of being the place to go for questions about credit card laws and complaints. But that’s not all the bureau is up to.

For quite some time, advocates have called for better regulation and greater protections for those transferring funds via wiring services or remittance transfers for funds out of the country. Courtesy of the Dodd-Frank Act, the Consumer Financial Protection Bureau has been granted the power to make changes that are sure to benefit consumers. New rules are slated to go into effect in February 2013 and include more transparent policies.

Once the new rules go into effect, those who provide remittance transfers must disclose all fees, including exchange rates, the amount of money being delivered out of the country, any remittance fees on either side and when the money being wired out of the country will be available to the recipient. Further, due to the process, the bureau is requiring certain disclosures be made both before and after a consumer actually pays for these types of transfers. It’s believed this transparency will only foster confidence in customers on both ends of the transfer.

As it is now, consumers typically can’t cancel a wire transfer or payment once it’s been put into motion. Now, however, customers will have at least 30 minutes after the process has been put into motion where they may opt to cancel the wire. If the customer changes his mind within that half hour, he is entitled to a full refund. It makes no difference why you’ve decided not to allow the process to complete, either.

This is great news for those who routinely send money to family and friends who are abroad, but there are other irons in the fire, too. Also in the crosshairs are payday loans. The bureau isn’t attempting to squash the market, but it is asking for public input.

The CFPB is inviting public comments for the record and is hoping consumers will take advantage of an opportunity to be heard. Payday loans are typically marketed as a way to get quick cash when consumers are against the wall for whatever reasons. As the CFPB explains, there are typically three features. Those include loans for small dollar amounts; the stipulation that borrowers must repay the loans quickly; and the loans require that a borrower give lenders access to repayment through a claim on the consumer’s bank account.

Currently, CFPB has already traveled to Birmingham Alabama where it began talking to area residents. It’s believed other stops will be made as the campaign moves forward. If you would like to tell your story or if you have had a bad experience with your credit card company, you can visit the Consumer Financial Protection Bureau for information on how to make contact and ensure your voice is heard.

While you’re there, be sure to browse the literally thousands of consumer articles. This is truly an all inclusive site where the consumer comes first, there are no ulterior motives and no one will attempt to sell anything to you. You can also learn more about the growing concerns surrounding the $1 trillion (and growing) student loan problem that’s beginning to cause real problems and threatens to annihilate any progress made since the recession in terms of rebuilding the economy.