Will Your Citi AAdvantage Program Be Good Tomorrow? 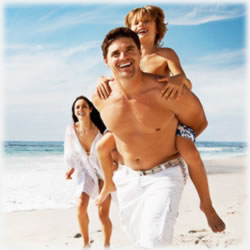 By now, most of us know about the airlines’ and the new changes each is undergoing. Mergers, acquisitions and other financial considerations that boggle most of our minds are just another day at the office for these executives. Ah, but what about those airline rewards we carefully collect and generally covet? After all, it’s those airline miles that have allowed many of us an extra day on the beach because we didn’t have to pay for part or all of our air travel. There’s one in particular that has many wondering and that’s the Citi and American Airlines co-branded credit card and its rewards.

There remain many unresolved issues surrounding the contract between American Airlines and Citibank, which, as we know, issues its frequent flier credit card. Could this be a realistic threat that would park the bankrupt airline’s efforts of a reorganization effort? According to new court documents, filed late last week, it very well could be.

The bankruptcy itself is nothing new – it’s been ongoing since late 2011, but the rewards program, as a courtesy, hasn’t been interrupted. Now, though, Citibank is asking the judge overseeing the bankruptcy proceedings to make a final decision that would force American to honor the contract, thereby protecting the consumers who carry the credit card and who have stockpiled their miles (provided they haven’t expired, of course). In the filing, Citi insists that if the agreements were found to be null or rejected, Citi would then face “a multibillion-dollar claim secured by some of the Debtors’ most valuable assets, including virtually the entirety of the AAdvantage Program itself”.

There are a lot of perks with this particular program and ones that customers are not going to want to bail on. Among them:

The problem, however, is found in the terms and conditions every credit card member receives:

American Airlines reserves the right to change AAdvantage® program rules, regulations, travel awards and special offers at any time without notice and to end the AAdvantage® program with six months notice. Any such changes may affect your ability to use the mileage awards or credits that you have accumulated. Members may not be able to obtain all offered awards at all times or use awards for all destinations or on all flights. AAdvantage® travel awards, mileage accrual and special offers are subject to government regulations. Unless specified, AAdvantage® miles earned through this promotion/offer do not count toward elite-status qualification or Million MilerSM status. American Airlines is not responsible for products or services offered by other participating companies.

Then, there are those who believe the program will continue moving forward, with no interruptions at all. These too are valid arguments, but are they enough to override the terms and conditions? It could be that after all these years, those dreaded “small print” terms and conditions might finally be put to the test.

A few of the reasons why some believe all is fine and good follows:

One analyst says that American Airlines reduced its revenue by $43 million due to a decrease in the number of miles that were expiring or being abandoned. A year later, in 2012, they brought in even less revenue. It could be due to the bankruptcy and the loss of faith of the American consumer, but the bottom line is no one knows for sure.

There are concerns that Barclays will step up to the plate, but even those concerns seem to be dismissed by those with a blind faith. First, Barclays could easily create its own cobranded contract with likely any airline it chooses. But it’s more likely due to the efforts of nameless and faceless lawyers who come together and basically protected the bank, at least to some extent. In 2009, Citibank paid American Airlines $1 billion to “pre purchase” those AAdvantage Miles under its frequent flier loyalty program. Close to $900 million was then turned into a loan made by Citi and payable to American; there could be some considerations with that fact. That advance purchase means the two bodies entered into what’s referred to as an “amended and restated AAdvantage Participation”. In essence, Citi has American by the bootstraps.

Then, as if that weren’t enough assurance for the massive bank, it then requested and received first priority lien on many of the program’s assets along with a second lien on various collateral that was used to secure the loan’s foundation. Of course, there’s a lot of legal jargon that would require about a 20 year degree from the world’s best law school before we could even begin to understand it. That’s OK, though, because one way or the other, things are going to become very clear and in a very simple manner before long. This is nearing its end, after all.

So, what to do if you’re ready to reclaim your loyalties to a more secure partnership? Here are a few comparable co-branded cards that can meet your needs as well as the Citi and American co-branded Visa.

Since we mentioned Barclays, we thought we’d see what it offers – turns out, its co-branded effort has no annual fee at all. There’s a 0% APR on your purchases for the first twelve months, you can earn double miles on travel and dining and you’ll even receive 10% in miles back when you use your rewards for travel. There are no blackout dates, no seat restrictions and the redemption process is simple. Did we mention you can opt for cruises, car rentals and hotels if you’re not flying on your next trip? And if you are flying to another country, you’ll like knowing there are no foreign transaction fees. It’s quickly become a very popular choice – earning five out of five stars on our site.

Another popular co-branded credit card offer, you’ll enjoy the many ways of earning bonus miles this program offers. Two miles per dollar spent on all of your US Airways Premier World MasterCard purchases, an annual companion certificate that you can use for a round trip for a guest, complimentary first class check ins, 40,000 bonus miles for qualifying transactions and a 0% APR intro rate for fifteen months on both purchases and balance transfers. There is an $89 annual fee, but you’ll enjoy all of the protections that come with the MasterCard name. Excellent credit garners your approval.

So – is this brouhaha between Citi and America going to work itself out? Of course. One way or another – but if you’re not eager to stick around and see how it plays out, you might want to consider your other options.